The snowdrops are out, soon it’ll be daffodils, and bluebells will follow. With the wind howling, and the snows of the last few weeks fresh in our memories, Spring might feel like a distant mirage. But it’s edging closer by the day.

It’s not just flowering plants that hint at the changing of the seasons; migrating winter birds do too. A timely reminder that we are still in the clutches of winter came in the form of two birds today.

While entering Turfhouse Meadow earlier, I looked up in the direction of a shrill trilling in the canopy of an alder tree. This distinctive call, combined with the bird’s  distinguished outline, refined with a telltale crest, meant only one thing: waxwings. 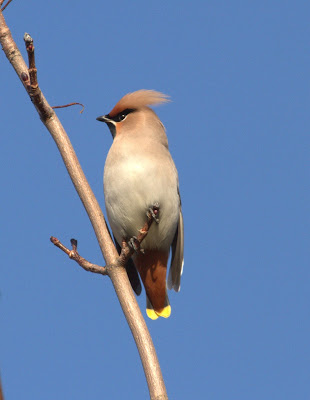 Thirty waxwings to be exact. One of ’s most flamboyant winter migrants, right here in . I watched for a few minutes, as they flew to and fro; from their perch in the treetops to a nearby cotoneaster bush, flush with red berries. 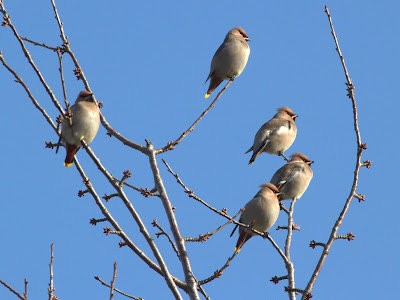 Seconds later, a call came through on the radio of an enthusiastic birder who had spotted something to cause even more of a flutter (pun intended) down at the Mill Pond. 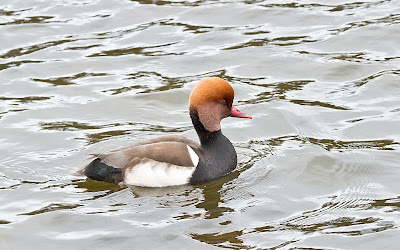 Red Crested pochard! Never heard of them? Well, you can be excused. According the the RSPB website, there are only 29 breeding pairs in the , and only 300 wintering birds. That makes this quite a rarity at . Not that the star of the show seemed too put out by the attention. Our celebrity seemed quite at home paddling contentedly alongside the mallards, gulls, and geese. One of our volunteer rangers, Anne, said the bird had been residing in the Mill Pond since Wednesday of last week. Let's hope he hangs around for a while yet. 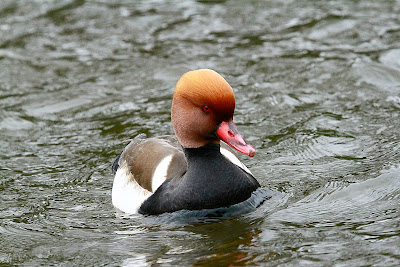 Thanks to David Bancroft for these fantastic photos from today, you can view more of his wildlife shots on his website at www.bfbsoutdoorramblings.blogspot.co.uk/ 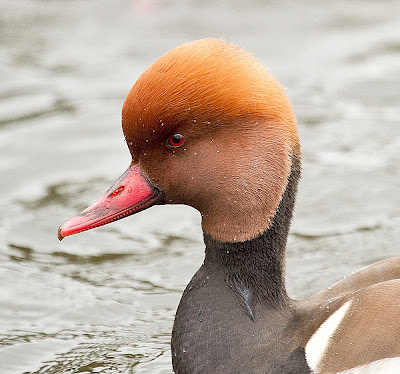