To some people, that word conjures images of beautiful blooming pink blossoms, swathes of lush green foliage, and the sweet scent of summer.

Mention “rhodi” to a conservationist, however, and you’ll get a slightly different reaction. Be prepared for a scowl, a tut, even a shake of the head.
For the rangers and volunteer rangers of Lyme Park, we’re in the latter camp. Although we appreciate that “rhodi” is all well and good in its rightful place, such as carpeting the banks of a hillside in the Himalayas, we’d rather it wasn’t rampaging through the British countryside.
﻿

The reason? Rhododendron ponticum is an invasive species that essentially colonises huge areas of native British habitat. Moorlands, heaths, woodlands, there’s no place that is safe from the prolific “rhodi”. Along with other invasive species such as Japanese knotweed and Himalayan balsam, Rhododendron ponticum is a serious threat to our native ecosystems. Dr Oliver Rackham, an acknowledged authority on the British countryside sums it succinctly:


“..in western oakwoods Rhododendron ponticum can exterminate all other plants and jeopardise the future of the oaks.  It grows prolifically from tiny seeds; to remove it requires digging up every stool or repeatedly felling and poisoning the stumps.”


West Park drive is part of an English Woodland Grant scheme which is aiming to create native woodland. The work is being carried out as part of the East Midlands Declining Woodland Birds Project, managed with the Forestry Commission, and aims to benefit birds such as lesser redpoll, tree pipit and garden warbler through creation of 1.62 hectares of woodland. Rhododendron was planted here in the early 1900s as cover for game species, but since then it has been left unmanaged and has taken over an area that was once native broadleaved woodland, meaning that oaks, bluebells, and the sound of woodland birds has been replaced by a quiet, dense, evergreen jungle.
﻿﻿﻿
﻿ 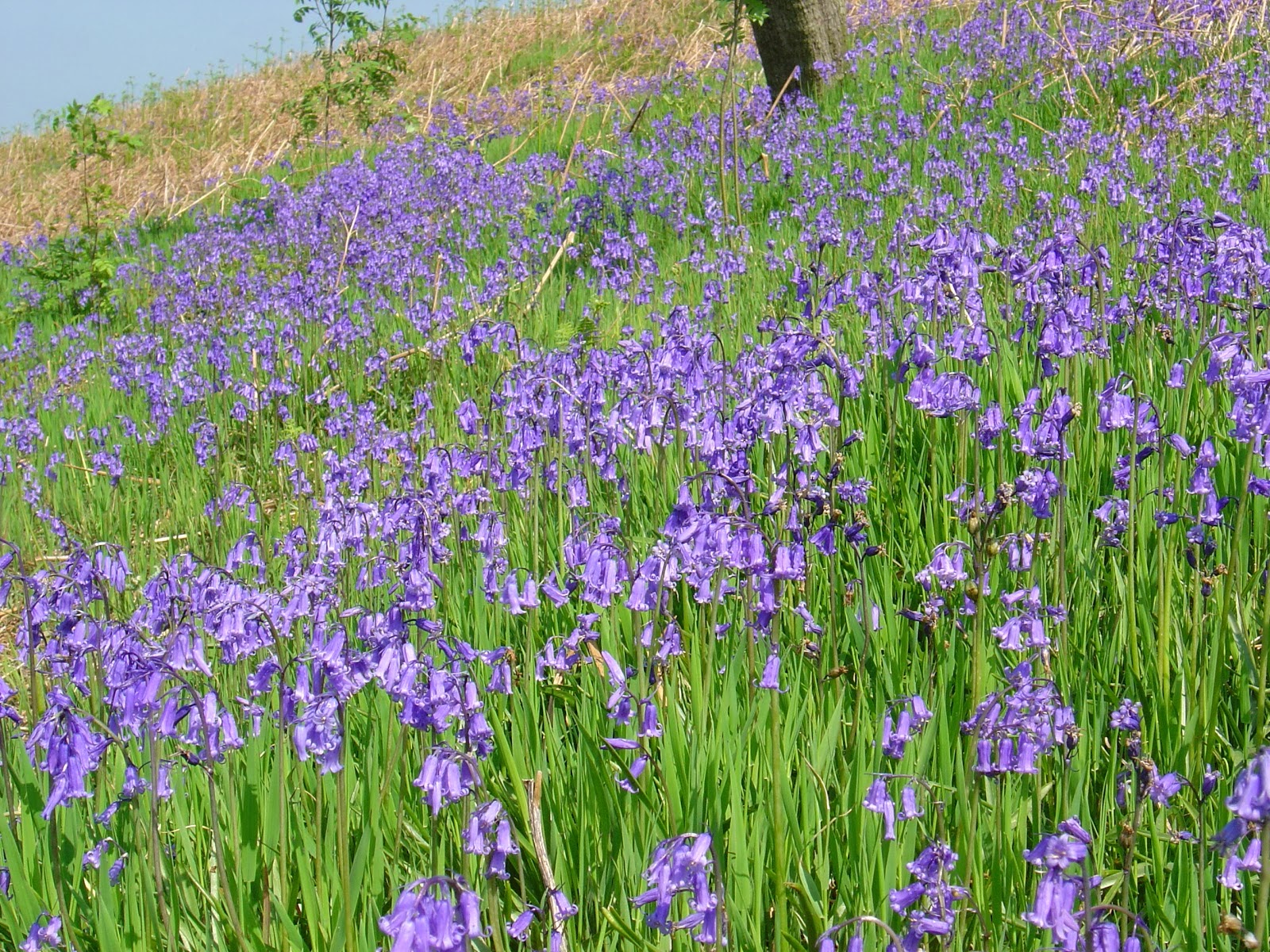 With the rhododendron cleared, woodland species such as bluebells will carpet the banks of West Park Drive once again.
During the winter, from October to March, anyone who visits West Park drive on a Thursday will be greeted by the pleasing waft of woodsmoke on the wind. But it’s no cause for concern, it’s a sign that the Thursday conservation volunteers are continuing their battle against the old enemy of “rhodi”. Every second Wednesday of the month the walling team have a conservation day too, and over the winter months “rhodi bashing” is a popular pastime.
Along with the Wednesday wallers and conservation volunteers, the Thursday volunteers have carried out a phenomenal amount of clearing since they started several years ago. Braving the slopes whatever the weather, they’re a hardy and hardworking crew who have helped us see the light at the end of the tunnel. 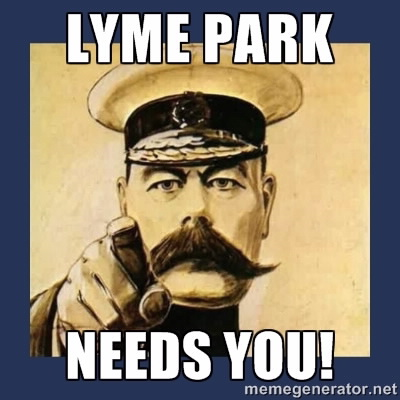 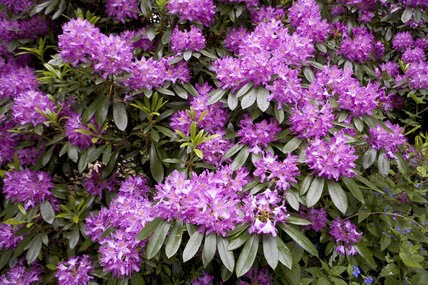 FACTFILE: What makes Rhododendron ponticum such a formidable opponent? Because in the right conditions, it will outcompete almost all native plant species. It does this in a number of ways:
1.  Established plants spread by lateral horizontal growth of the branches, so wherever they layer, they take root.
2.   Once it has taken hold, it can produce a staggering amount of seeds from its flowerheads. Each flower head can produce between three and seven thousand seeds, so that a large bush can produce several million seeds per year.
3.   Once established, as it is on West Park Drive, the canopy is so dense that no light can penetrate it. This effectively shades out all native vegetation, leading to a loss of biodiversity as it has negative repercussions for all wildlife associated with it.
4.   The leaves of the rhodi contain toxins which make them unpalatable to herbivores.