This recently deceased brown long eared bat (no points for guessing how it got it's name) was found recently at Lyme and was brought up to the ranger's office for us to inspect and admire.
The phenomenally large ears are not just for show; they help the bat to hear it's prey of beetles, flies, moths, earwigs and spiders. Like all bats, brown long-eared bats hunt through echo-location. In other words, the bats emit noises at high frequencies which strike the landscape around them. They can process this information to build up a sonic map of their surroundings. In this way, they can fly without colliding into objects, and can hunt extremely effectively. 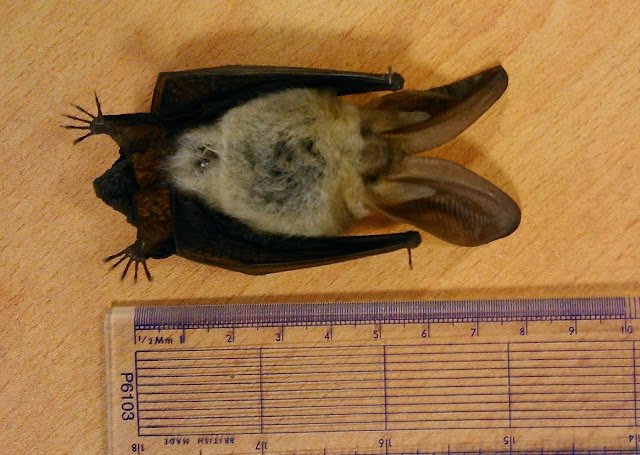 ﻿
The frequency and volume of the noise that the brown long-eared bat emits has earned it the nickname of the whispering bat. It's habit of flying close to the ground to hunt, and grappling with prey on the floor, has meant this species is particularly prone to being predated by nocturnal animals, including domestic cats.