The Walls of Pemberley

The National Trust’s property at , , is famous throughout the world as the setting of the 1995 television adaptation of Jane Austin’s Pride and Prejudice, as witnessed by the numerous international visitors still travelling to Lyme to step into their favourite scene. This seems particularly prescient as it was two hundred years ago this year since the book was published.

Though to see many of the most notable views today, such as Darcy diving into the pond, one could be forgiven for not recognising the background, as the tumble down wall on the horizon, looking like a set of decayed teeth, has been completely rebuilt by Volunteers. 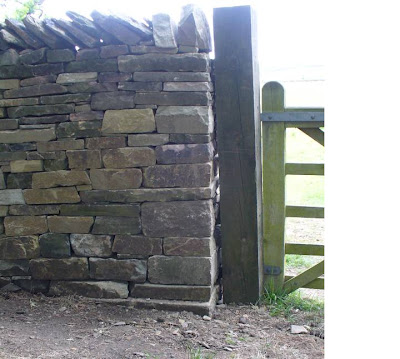 Every Wednesday, throughout the year, a dozen or so intrepid hobby wallers get together to repair or rebuild the 18 miles of dry stone walls, half of which, forming the boundary, are 2m high to keep red deer in and wild deer out.

After showing an interest in walling for the Trust the members of the walling team are sponsored on an initial training course run by the Cheshire Branch of the Dry Stone Walling Association. They, in turn, have supported Lyme by undertaking training courses within the park. Over the last few years Lyme volunteers have completely rebuilt a meadow boundary wall 200m long, as the original stone had crumbled almost to dust. As such, much of the stone had to be replaced. New stone was used for the lower section of the wall with the limited recovered pieces making up the balance. ﻿﻿﻿﻿﻿ ﻿ ﻿ 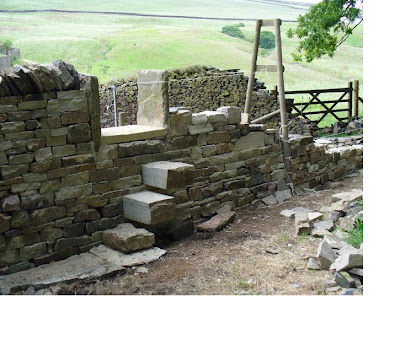 ﻿﻿﻿﻿﻿﻿Incorporated in the wall are two gates, five lunkies (holes for wild life to pass through) and a stile, necessitating four cheek ends and the construction of a stone step-over stile. The step height has been kept to 230mm and, for safety, the steps and side support stones have been cemented.

Common, in the park, are ladder type stiles over high walls, which are made on site of aged oak. We were set the task of incorporating one in a rebuilt wall, at the corner of Knight’s Low wood, together with a creep hole (for dogs), a canalised stream and footbridge. 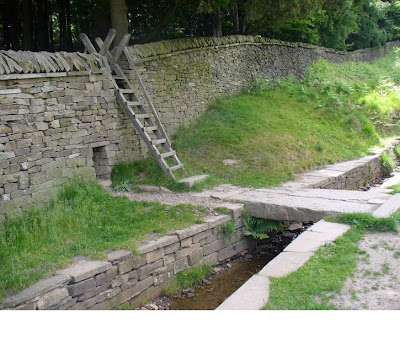 We were also asked to remake the cheek ends at the entrance to Crow Wood Playscape back in 2007.
The scope of skilled work undertaken by Volunteers at demonstrates what can be achieved by a dedicated work force, a little training and the active support of the staff Rangers.

I do hope that the close relationship between the National Trust and the DSWA will flourish in the future to the benefit of both organisations and countryside conservation as a whole.

This article was written by Barry Leary, a member of the Lyme Park volunteer walling team. The article was originally published in the Drystone Walling Association's magazine “Waller & Dyker”.

Many thanks to Barry for allowing us to publish this article and for all the hard work he and the volunteer walling team do here at Lyme Park.