Walk down , or through Crow or Elmerhurst Wood at this time of year, and you’ll be struck by the familiar sight and scent of British bluebells in full bloom. 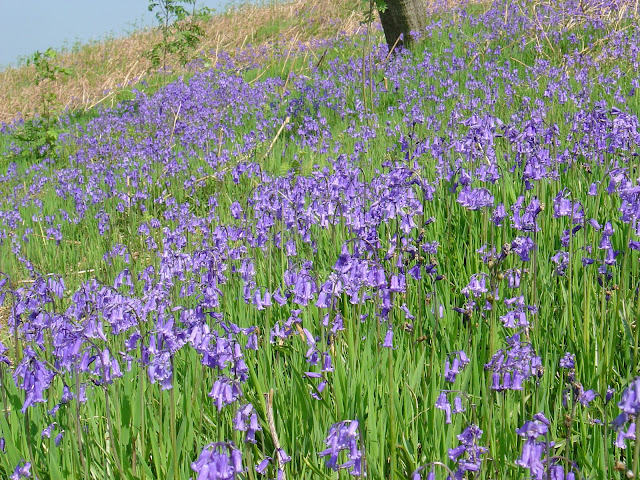 But what makes our bluebell woods so iconic? Well, for a start, even though they are several weeks late this year after our long winter, to many people they symbolise the arrival of Spring. They thrive on a relatively short window of time in which they can bloom. Conditions need to be perfect, as their late show this year has proven. The key is to have enough light reaching the ground floor from the canopy before woodland trees come into leaf. For this reason they only flower for several weeks before setting seed. 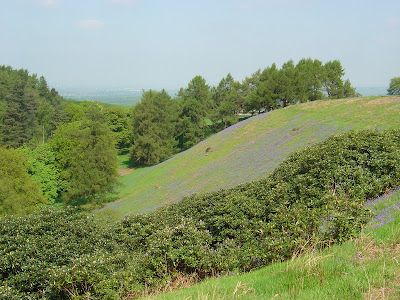 Haze Bank and West Park Drive are areas of "ancient woodland". This is defined as a place that has been continually wooded since at least 1600AD. Bluebells are one of a number of species that are known as ancient woodland "indicator species". Other plants to look out for are wild garlic (often called ramsons), wood sorrel, wood anenome, lesser celendine, ground elder and violets. If you find these growing somewhere, it's more than likely that you're either in ancient woodland, or in a place that was once ancient woodland. 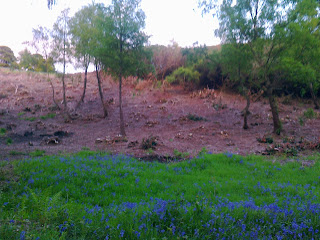 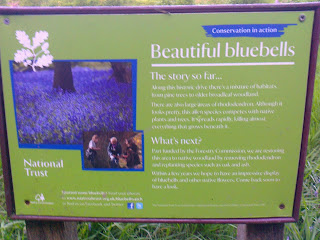 Above- the on-going removal of rhododendron down West Park Drive.
With this invasive species eradicated, bluebells will thrive once more.
It's because of the ecological importance of these areas as ancient woodland sites that we are removing large tracts of Rhododendron ponticum. We are hoping to restore this once wooded area to it's former glory by removing this invasive species. Rhododendron was introduced to Lyme in this area in the 1900s, and has spread considerably since then, sweeping through native broadleaf woodland and altering the pH level of the soil. To put it simply, bluebells and rhododendron don't get on! 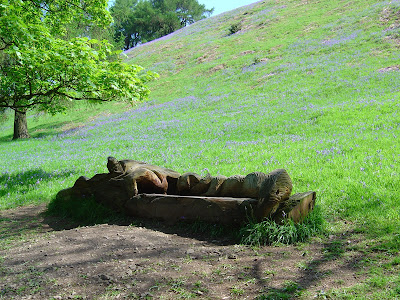 I'll leave the last word to a visitor who flagged me down as I was driving down West Park Drive this evening. Her exact words were: "This is the best display of bluebells I've ever seen!" And to be honest, I found it hard to disagree. 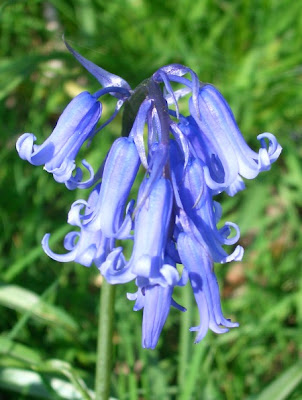